The Pierre de Coubertin Award recognises secondary school students who demonstrate values which are consistent with the Olympic Movement through participation in sporting activities.

More than 15,000 young Australians have received the Award since its inception in 1993. Each year, secondary schools are invited to nominate one recipient for the Pierre de Coubertin Award from Year 10, 11 or 12. 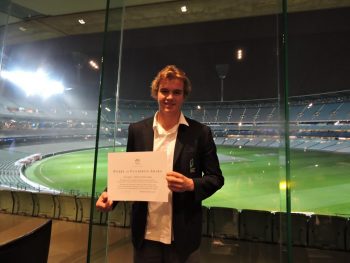