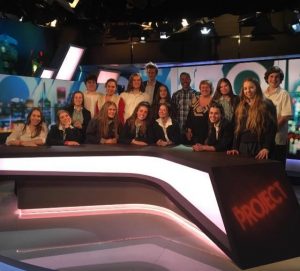 The Year 10 High Resolves class of 2016 chose the topic of Social Exclusion for their video entry into the #VideoForChange competition. The High Resolves class wanted every student at Diamond Valley College to feel welcomed and included, so they started a campaign titled ‘Just Say G’day’. Out of 52 national entries their video was announced as the winner on Channel 10’s The Project.

The above video aired 14th December 2016 and includes an interview with two of our students, Chais Deslandes and Leif Street, conducted by Waleed Aly.